Baseball is Trevor Khouzami's favorite sport. Wanting to share his love of baseball with kids who are less fortunate than he and his friends, last spring the seventh grader presented a proposal to officials of Roland Park Baseball League to hold a tournament to raise money and gather used equipment for city little league teams.

Not only did they approve the idea, they invited him to set up a table during RPBL closing day ceremonies to promote his idea. On closing day, a parent introduced him to Michael Rosanband, who left a successful Wall Street career to coach the Bears, Carver Vo-Tech's baseball team in West Baltimore.

At a subsequent meeting with Coach Rosanband, Trevor learned about the hurdles the Bears face each year, with little funding from the City and inadequate equipment. He was shocked to learn that the Bears had only six balls to use for an entire season.

Trevor left that meeting determined to raise $2,000 to pay for jerseys with each player's name and gloves for the players to have as their own. He conceived the idea for a charity Wiffle Ball tournament.

Last month, Trevor, a member of the Gilman Class of 2022, held the tournament he has worked so hard to plan. Held at Roland Park Elementary School and Gilman, the tournament included a bake sale, concessions stand and raffle.

With 93 players making up 12 teams and support from 27 corporate sponsors, plus individual donors and parent volunteers, the tournament far exceeded his goal. The RPBL Fall Classic raised $5,303 -- the largest donation ever received by the Carver Bears, according to Coach Rosanband.

"Trevor was the brainchild, and followed it through from inception to the actual event, doing most of the planning along the way; spreadsheets for money, organizing brackets and securing field space," said his Middle School advisor, Art Teacher Dave Anderson.

When Trevor presented his results to the RPBL board of directors they asked the seventh grader to repeat the tournament next year.

"Trevor is an exemplar of the Gilman Five, and an inspiration to his classmates and the faculty," said Middle School Head Peter Kwiterovich.

Donations are still coming in. Checks made to "Backcatcher Company" can be sent to: 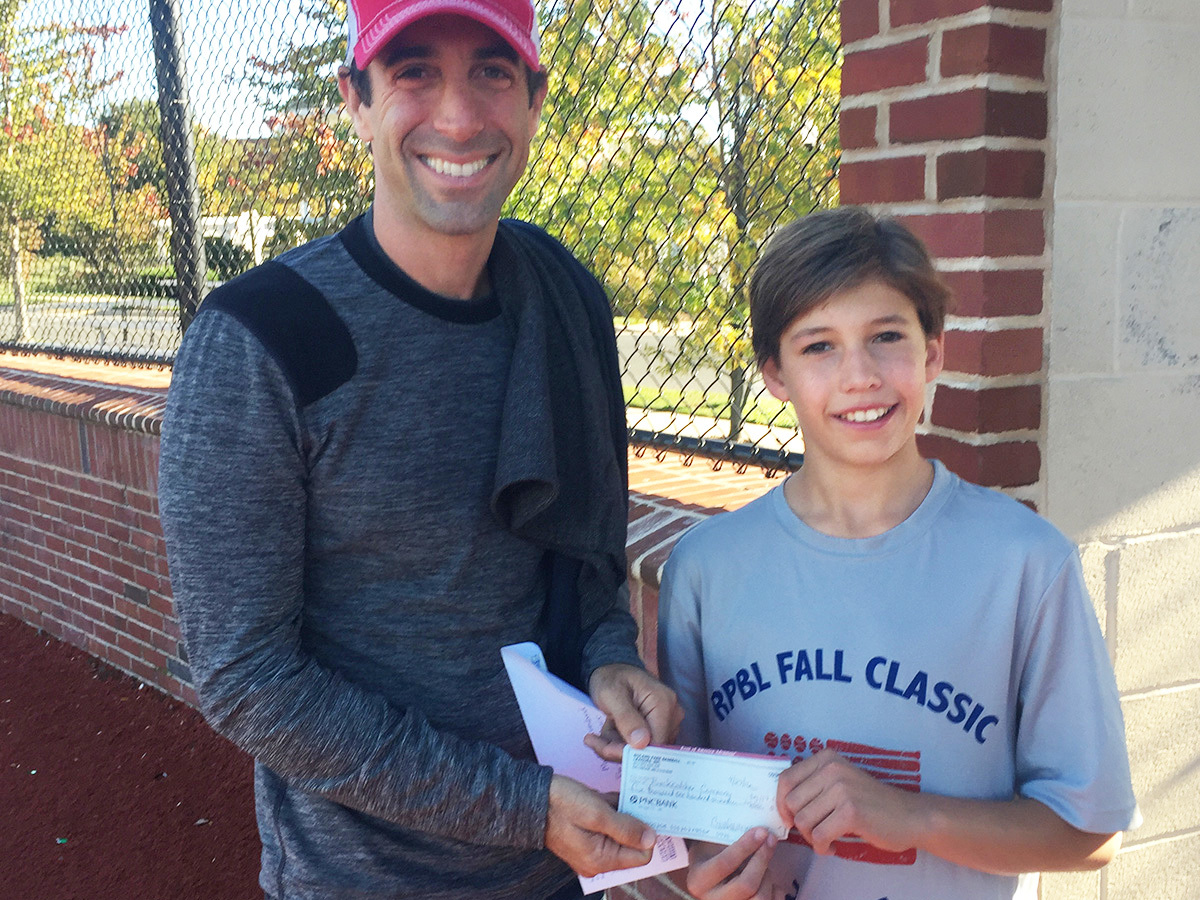